The Stock business The stock

Price recovered in the first few weeks of 2019: an encouraging signal of potential further revaluation 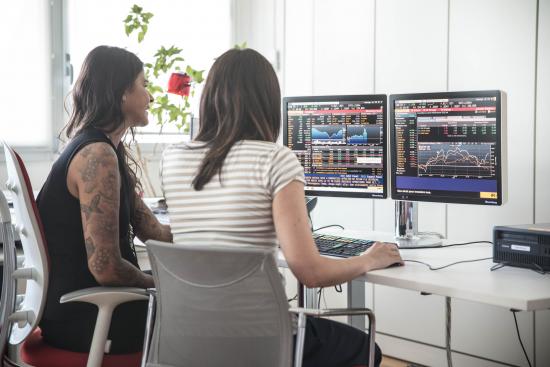 Based on the figures for 2018 it’s clear that IGD’s stock continues to be significantly undervalued despite the recovery seen in the first few weeks of 2019.

At current levels, above the €6 threshold, IGD’s stock is still trading at a strong discount to the NNNAV per share of €11.45 shown in the financial statements for year-end 2018, while it continues to trade at a very low FFO per share multiple of around 8.5.

In a context influenced by uncertainty, the solidity of IGD’s fundamentals, confirmed in the results for 2018 and the clear path outlined in the Business Plan 2019-2021, represent a concrete point of reference for investors looking for stocks trading at compelling multiples.

After closing 2018 with decided declines, stock prices recovered in the first few weeks of the new year. The phenomenon, in part triggered by a technical rebound following the December sell-off, was fueled by an environment that was less tense on many fronts: on the one hand, the US-China trade negotiations look more constructive; on the other, the central banks appear to be less intransigent in their stance on rate increases in light of a deterioration in economic growth. Italy, which at the end of the year had approved the 2018 Budget Law with deficit/GDP levels below initial assumptions, which would have paved the way to an infringement procedure by the European Commission, benefitted from the lower BTP/Bund spread seen at the beginning of 2019. IGD’s stock price was affected by the generalized recovery in the stock markets reaching levels of above €6 already in January.

Even though the persistently high risk premium and the political uncertainty, both international and domestic, weaken the global growth scenario, IGD’s stock can leverage on different factors specific to the Company in order to be rerated by the market at current multiples: the positive results shown in the 2018 financial statements, which confirm how the Company succeeded in achieving the growth and profitability targets found in the Business Plan 2016-2018, just as the new targets included in the updated Business Plan through 2021 represent a very visible point of reference which could drive the stock price closer to its fair value.

IGD’s stock price outperforms...
The visibility of the FFO per share...