Why is IGD Ethical?

IGD undertakes to operate ethically and to ensure that all the necessary safeguard measures are in place, in order to guarantee compliance with the law both with regard to its own conduct and by positively influencing the context in which it operates. 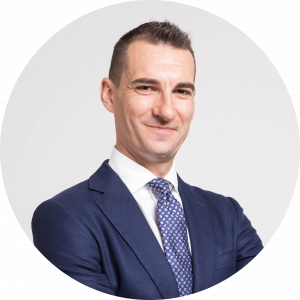 Transparency, integrity and legality are an essential and integral part of IGD’s vision and culture, above all in terms of CSR. It is from this that our commitment, in terms of compliance to rules and regulations in the sector and to the highest national and international standards, arises.

Carlo Barban
Director of Administration and Legal and Corporate Affairs

36%
of least represented gender in the BoD

We adopted a governance system aligned with the best practices of listed companies and in line with that contained in the Code of Conduct of listed companies developed by the Corporate Governance Committee of the Italian Stock Exchange (Borsa Italiana). Our governance structure, based on the traditional model, is made up of the following bodies: Shareholders’ Meeting, Board of Directors and Board of Statutory Auditors.

Find out more on our Corporate Governance Structure

The importance of the Code of Ethics in our activity

In 2006, IGD’s Board of Directors approved its Code of Ethics, a document that groups together and defines the values and principles that inspire and shape IGD’s conduct in its relations with its stakeholders.

The Code of Ethics:

The Board of Directors held on 5 November 2020, approved a new version of the Code; the need for this version arose as a result of both the adoption of new internal policies and procedures by the Company (anti-bribery, privacy, whistleblowing, corporate welfare, etc.) and the need to comply with external laws and regulations. Moreover the Code contains the new version of the Charter of Values, which shapes corporate conduct, and the revised rules of conduct, broken down in “general” and “for stakeholders” in order to clarify the “pact” that connects IGD with its stakeholders.

Find out more on our Code of Ethics

The Sustainability protocol in Romania

In Romania in 2012 we adopted a “Protocol to promote business sustainability”, a document which is appended to the contract signed by all new suppliers and which commits them to behave in such a manner that is consistent with the ethical principles defined in the document itself, and failure to do so constitutes a breach of contract. Between 2012 and 2020 a total of 339 Sustainability Protocols were signed, actively contributing to the dissemination of respect for workers’ rights in Romania.

Our commitment to protect legality

We are committed to constantly monitoring the safeguards and protection measures in place aimed at combatting corruption. To consolidate this committment, the Company in 2018 obtained UNI ISO 37001 – Anti Bribery Management Systems Certification, for its Romanian subsidiary Win Magazine SA. This is the only internationally recognized standard that certifies a management system actively involved in preventing and combatting corruption within the corporate environment.

Thanks to this achievement, in 2019 we voluntarily launched also in Italy a project aimed at the implementation and execution of a management system for the prevention of corruption pursuant to ISO 37001:2016 international regulations.

The activities carried out in 2019 led to the definition of:

At the end of this process, on 20 April 2020 IGD obtained the UNI ISO 37001: 2016 “Anti bribery management system” certification, the international reference standard for anti-corruption management systems.

Our conduct regarding taxation

Aware that our tax payments contribute to the economic and social development of the areas in which we operate, we pay taxes exclusively in the countries where we do business, that are Italy and Romania.

We align our conduct regarding taxation to comply with the laws and regulations in force and, in accordance with the responsibility principle as stated in the Group’s Code of Ethics, the approach and the fulfilment of tax obligations are carried out with a view to transparency and legitimacy. We annually report on the tax operations in our Annual Report, with a country-by-country approach.