FFO stable in first quarter 2020, despite the impact of the COVID-19 crisis 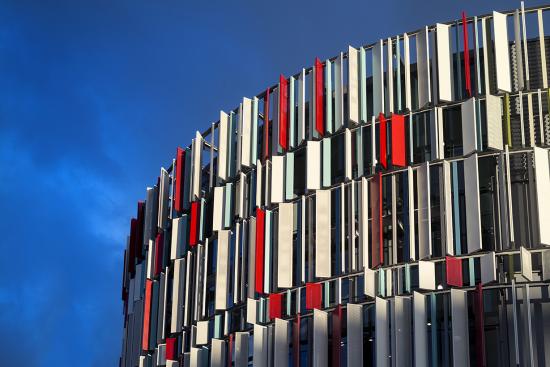 The results for the first three months of 2020 were impacted by the health crisis triggered by the spread of Covid-19. The exceptional containment measures adopted in Italy as of the end of February to limit the spread of Covid-19 resulted in restrictions on the days and hours of operation for shopping centers and the types of retailers allowed to remain open.

Despite the difficult conditions, IGD’s performance remained solid as shown by the FFO which amounted to €20.8 million, largely unchanged with respect to the same period of 2019 (+0.1%). This performance reflects the positive trend in financial management (+€0.8 million adjusted), which made it possible to offset the negative performance of the adjusted core business EBITDA (-€0.7 million). Taxes were unchanged.

The FFO guidance disclosed previously, which called for growth of 2% in 2020, was withdrawn until a clearer picture as to the evolution of the virus and the relative impact on the Company’s business is available.

The uniqueness of the Italian portfolio – comprising shopping centers with strong food anchors and dominant in their relative catchment areas – ensured that all IGD’s shopping centers remained open, providing essential goods and services, despite the restrictions put into place by the government throughout the country.

The average Financial Occupancy in Italy remained high in the quarter, coming in at 96.18%. The strong restrictions introduced to limit contagion did, however, impact the performance, causing rental income to fall 0.9% to €38.4 million.

Like-for-like revenue fell by 0.4% overall, due entirely to the performance of the Italian portfolio (-0.7%). In Romania, where IGD benefitted from a significant upside (+1.75%) on rents in new leases and the fact that the restrictions took effect solely in the last week of March, like-for-like rental income rose 3.5% in the quarter.

Not insignificant is the fact that approximately 85% of the turnover recorded in Italy in first quarter 2020 has already been collected, while in Romania practically 100% of the turnover was collected in the quarter.

Net rental income amounted to €33.0 million, down 3.3% due to, in addition to lower revenue, higher provisions for doubtful accounts and condominium fees.

The Group’s core business EBITDA fell 2.8% to €30.3 million due mainly to the drop in rental income. Net services income and general expenses, which saw a slight drop in personnel expense, headquarter and corporate management costs, as well as consultancies, were stable. The EBITDA Margin came to 75.8% (vs 77.3% in the first quarter of 2019).

Considering the uncertainty that the Covid-19 health crisis has caused for the economic scenario in Italy, the Board of Directors found that the preservation of the Company’s financial stability should be a priority and proposed to distribute 70% of the net profit generated by the property rental business, namely the minimum required to maintain REIT or SIIQ status.

At the next Shareholders’ Meeting to be held on 11 June 2020 shareholders will, therefore, be asked to approve payment of a dividend of €0.228152 euro per share for 2019, less than the €0.50 proposed originally by the BoD on 27 February 2020: a decision which, if approved by the shareholders, will allow IGD to reduce cash outflows by approximately €30 million.