Volatility notwithstanding, IGD’s stock continues to show good progress as of the beginning of the year 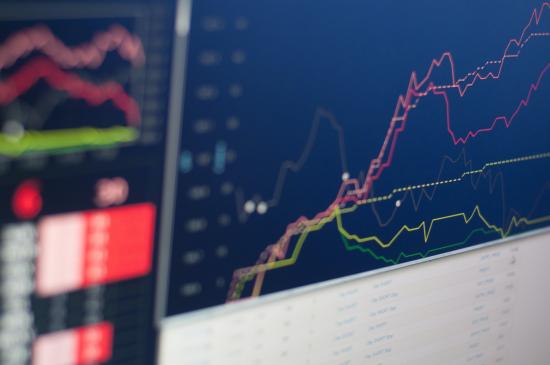 The stock markets remain positive, thanks to the prospects for economic recovery supported by the expansionary economic policies and the re-openings made possible by the vaccine rollouts. IGD’s stock, which is up almost 15% since the beginning of the year, has ample upside including based on the half-year results that were just published. The high for the year of €4.65, reached on 14 June, indicates that in a scenario of increased clarity as to the real impact the new variants of the virus could have, the stock price could easily return to expressing IGD’s encouraging fundamentals. 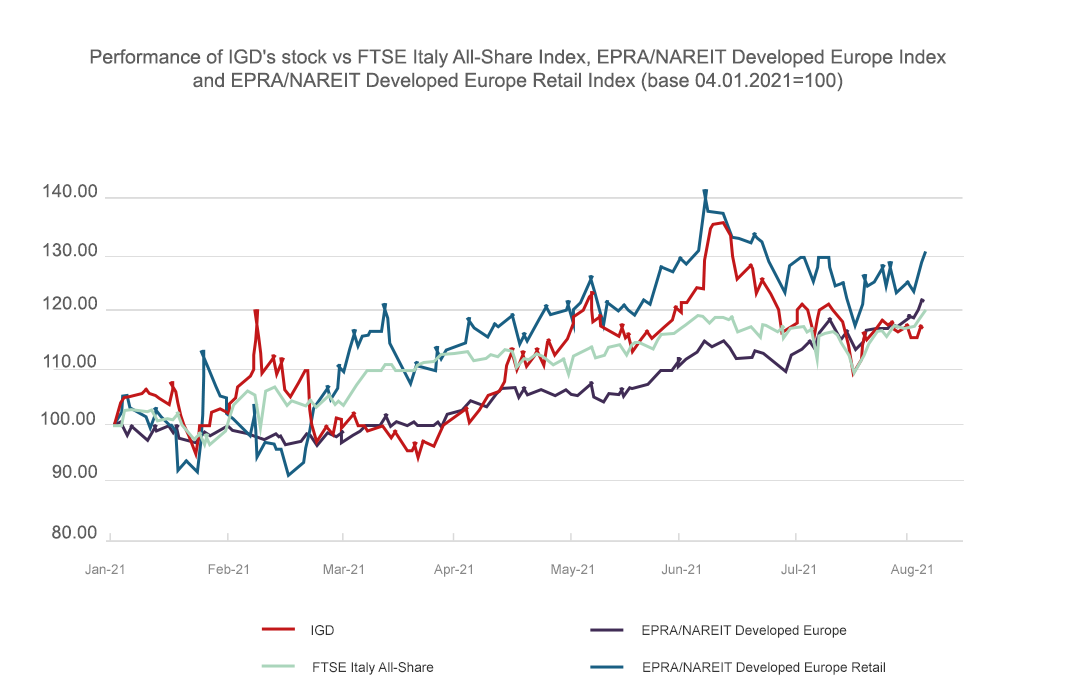 At 6 August 2021 IGD’s stock price was up almost 15% with respect to the beginning of the year, not far from the Italian stock market and European real estate indices. This positive performance reflects the favorable stock market environment with monetary and fiscal policies supporting the economic recovery, while the progress made with the vaccination rollouts has made it possible to gradually lift the anti-Covid restrictions.

The increased mobility, along with the savings accumulated by families during the lockdowns, suggest that consumption will recover. As rent collection and occupancy provide the first signals of improvement, the retail real estate index reported the best performance since the beginning of the year in the wake of a 2020 which was impacted heavily by the severe limitations that were imposed on shopping centers. In 2021 investors seem to prefer retail companies active in countries with tangible prospects for economic growth, with reasonable Loan-to-Values and leases indexed to inflation.

The price of IGD’s stock reacted quickly when, beginning on 17 May, non-essential businesses inside the shopping centers were allowed once again to remain open on weekends. The encouraging footfall numbers announced by the Company on 24 May drove the price to test a new high for the year on 14 June of €4.65.

In the last few weeks, the stock markets have been more volatile, though the mood is still positive due also to the growth in earnings reported by listed companies. On the one hand, investors monitor inflation as the recent peaks suggest a temporary phenomenon linked to the pandemic, which will not, therefore, result in higher interest rates in the short-term; on the other hand, asset managers are looking carefully at the virus variants in order to understand whether or not any new restrictions could slow the ongoing economic recovery. Given this uncertain scenario, several portfolios have switched their investments to more defensive stocks.

With regard to IGD, the high already reached in June of €4.65 suggests that, in a scenario in which the concerns about new spikes in infection rates have dissipated, investors will be willing to see a stock price that reflects the good fundamentals which are also confirmed by the half-year results that were just published.

At the price recorded on 6 August of €4.08, the stock is trading at a strong discount not only to its NAV/NRV at 30 June 2021 of €10.56, but also with respect to the average target price of the brokers covering the stock of €4.44, including after the publication of the half-year results.

Share
IGD’s stock impacted by the cooli...
With the reopening of the shopping ...