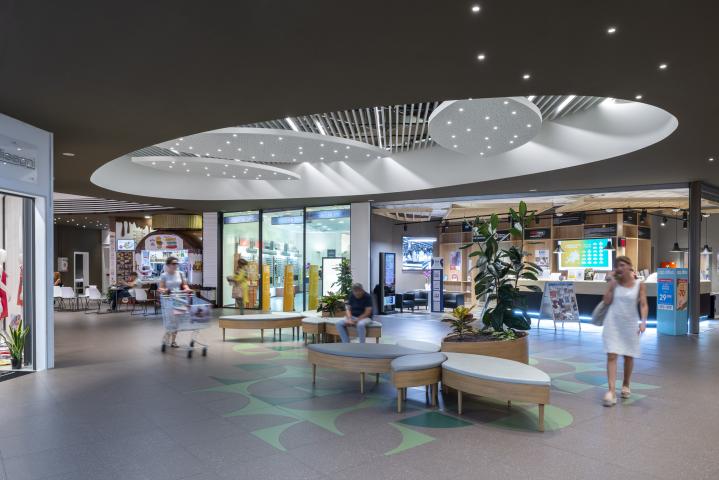 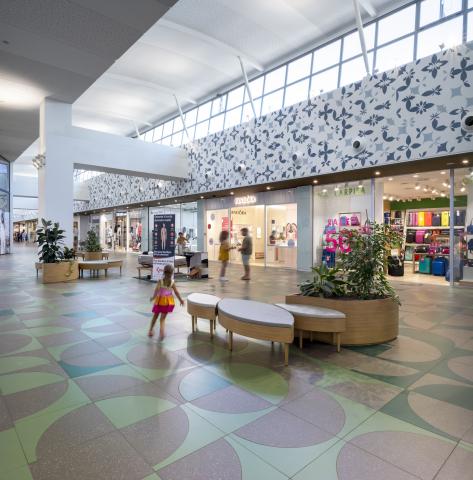 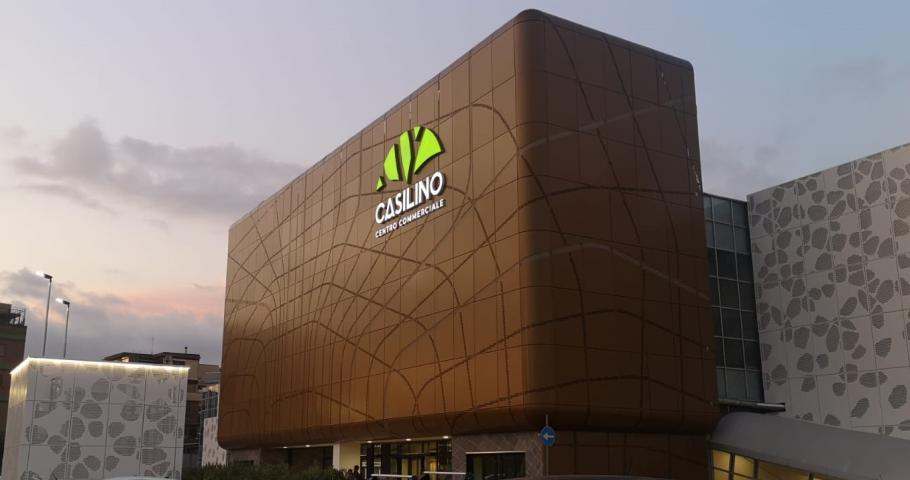 If restyling attracts new brands, the center is transformed 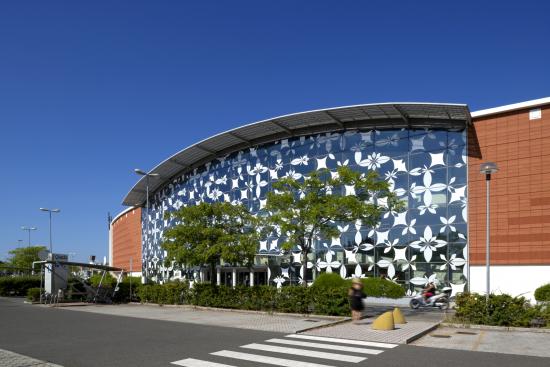 Two of IGD’s most important shopping centers recently changed their look and were completely renewed in order to respond to visitors’ preferences and attract them with a new offer: based on the footfalls recorded in the two months following the inauguration, which rose by 7.9% at Casilino and 8.9% at Fonti del Corallo against the same period of the prior year, this goal was fully reached.

In both instances the restyling, which sought to affirm and strengthen the connection with the local area, was shaped by the location of each of the two centers: at Casilino IGD wanted to evoke the roads of Ancient Rome. This idea was used on both the external facades and inside the mall.  At Fonti del Corallo inspiration was found in the floral decorations of Livorno’s “Terme del Corallo”, ancient baths famous for the magnificent architecture. An important detail: both projects were completed using sustainable materials and technologies.

Thanks to the restyling, IGD was able to attract new tenants, key to defining the two shopping centers’ new images and successful operating performances.

With regard to the mall in Fonti del Corallo, various clothing brands were added to the tenant mix, including Non solo sport, Timberland-Napapjiri, Nucleo abbigliamento bimbo and Disegni Boutique. New services were also introduced such as, for example, an innovative hair salon for kids with a large area just for the wee ones where you can organize your own “beauty party”.

The remodeling of the hypermarket also made it possible to introduce new merchandise concepts like Euronics’ electronics, the Conbipel family store, as well as the home accents and decorative pieces offered by Happy Casa. The Food&Beverage services were expanded with two food kiosks on the upper floor: the gourmet seafood paninoteca Le Maree and La Piadineria.

At Casilino the new food court added new Food&Beverage tenants like Burger King and La Yogurteria. New clothing brands were also included like Benetton and Scarpamondo which not only occupies a midsize store, but also introduced footwear to the center for the first time.

IGD’s centers are demonstrating the ability to change in order to keep pace with consumers’ needs by providing new shopping experiences, entertainment and services thanks to a continuous rethinking of how to design the space, the mood that personifies the property and the visitors’ favorite brands.

A series of stimulating initiatives...
Retail news of the first nine month...