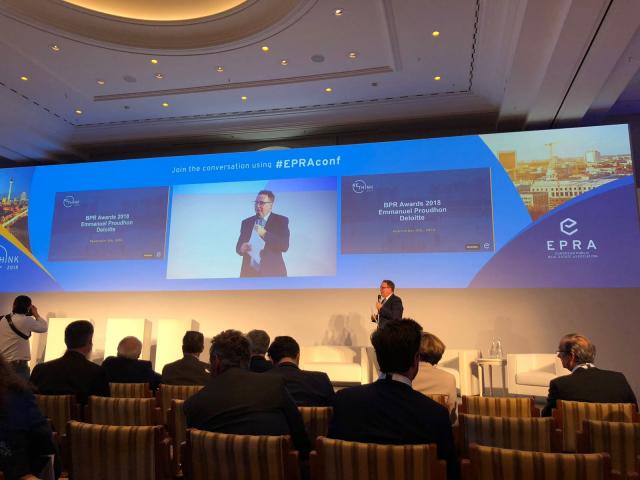 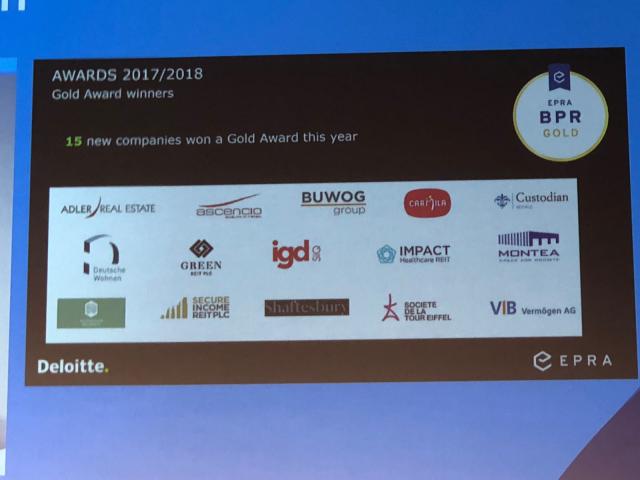 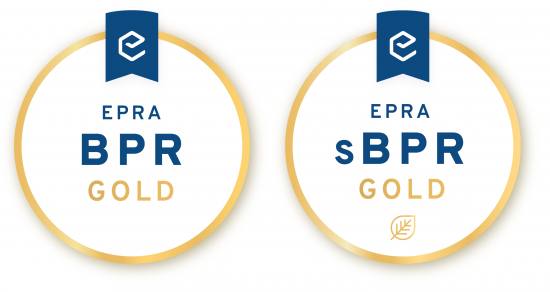 Immobiliare Grande Distribuzione SIIQ S.p.A. is extremely pleased to announce the receipt of two important international awards from EPRA (European Public Real Estate Association) for the degree of compliance with the association’s Best Practices Recommendations, which represent the highest European standards in terms of  transparency,  comparability and reporting of key business performance indicators.

After having received the EPRA BPR Silver Award for two years in a row,  for the first time in its history IGD received the  “EPRA BPR Gold Award” (Best Practice Recommendations) for its 2017 Consolidated Annual Report. This prize testifies to the work done by IGD to further increase the transparency and comparability of its communication, which benefits investors, the financial community and all the Group’s stakeholders, in general.

The analysis carried out by EPRA involved careful examination of the annual reports of 155 European sector companies.

IGD also received, for the fourth consecutive year,  the “EPRA sBPR Gold Award” (Sustainability Best Practice Recommendations) for its 2017 Corporate Sustainability Report, which was awarded after careful examination of the annual reports of 139 European sector companies. This prize confirms the high standards achieved by IGD in terms of reporting.