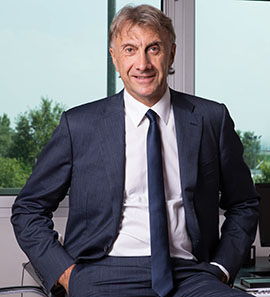 The point of view business results 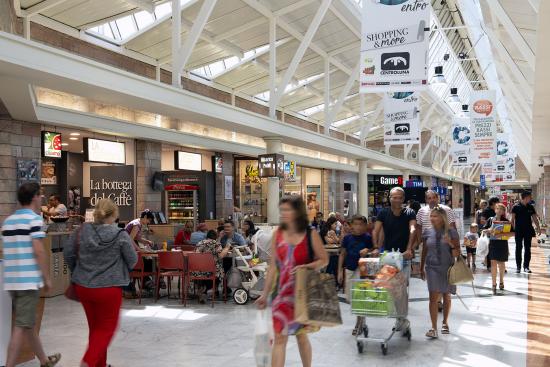 FY 2019 begins with the key indicators posting a positive performance in the first quarter: Net profit was, in fact, up 8.0%, driven by an 8% increase in core business EBITDA (adj ex IFRS16[1]), while FFO showed double-digit growth of 13.4%, coming in at €20.8 million.

What are the elements underpinning these results? Firstly, a solid trend in rental income which was €3.1 million higher than the €35.6 million reported in the first quarter of 2018, thanks basically to the increased contribution of the 4 assets added to IGD’s perimeter last April following the purchase of the portfolio from ECP. In the first quarter of 2019, while like-for-like rental income rose 2.4% in Romania for a positive impact of €0.1 million, like-for-like revenue in Italy was unchanged. The latter figure reflects the combined effect of, on the one hand, the positive contribution of inflation (+77 basis points), along with the 0.4% increase in revenue from hypermarkets, and, on the other hand, the revenue generated by malls which was unchanged. Due to the temporary vacancies of two midsize retail areas, in Naples and Rome, the overall occupancy rate, in fact, dropped from the 97.2% recorded year-end 2018 to 96.6%: these were two isolated instances and we are currently working on pre-letting.

Looking at the breakdown of rental income, for the first time hypermarkets fell below 26%: a result which confirms that we are on the right path to reducing this asset class as a percentage of rental income to 21-22% by 2021, in light also of the downsizing of supermarkets we have planned and the imminent opening of Livorno.

If we look again at the operating metrics, encouraging elements can be found in the upside on lease renewals, which reached 10.3% in Romania and 4.1% in Italy, excluding the lease for the multiplex cinema at CentroSarca in Milan where Notorius is currently working on a cutting edge project.

The signals provided by footfalls were less positive, as they were down 6.2% this quarter due to a few non-recurring items: on the one hand Easter which last year drove sales at the end of March and this year, as it came later in the year, drove sales in April with a recovery in footfalls of 3.2%; on the other hand, adverse weather conditions with relatively mild temperatures in February and March,  which reduced traffic in shopping centers. While we recognize that these are non-recurring events, we want to sustain the sales of our tenants by stimulating an adequate flow of traffic: this morning IGD’s BoD, in fact, authorized a supplementary marketing budget.

The indicator that best summarizes the validity of our management, namely FFO, rose by a total of €2.5 million compared to the first quarter of 2018 to €20.8 million, €2.1 million of which is attributable to core business and the increase in adjusted EBITDA, and €0.3 million to financial management.

The quarterly increase in FFO of 13.4% allows us to confirm our previous guidance for FY 2019 calling for an increase in this indicator of around 6-7%.

Even if the yearly growth in FFO may seem, at first glance, prudent compared to the progress already recorded, it should also be taken into account that the double-digit growth was driven primarily by the perimeter effect: since the contribution of the assets acquired from ECP was recorded as of April 2018 we cannot project the growth rate of 13.4% on an annualized basis.

We will, at any rate, provide an update of the guidance when the results for the first half of 2019 are published.

As for financial management, in the first quarter we repaid the €125 million bond which had the highest cost of all our bond issues (3.875%). On 29 March we completed the syndication of a €200 million 5-year unsecured senior facility at a cost of 2.1%. Thanks to the rating assigned by S&P on 23 April, are debt is still considered investment grade. Today we find ourselves, therefore, with a balanced debt structure, divided equally between market and bank debt, with a cost of debt that has dropped to 2.42%.

Excluding the impact of IFRS 16 application, our LTV would have reached 45%, instead of 46.2%: meaning that we would have already reached the target in the 2021 Business Plan.

In the next few months we will work to execute the Business Plan 2019-2021, with a view to creating, thanks to solid fundamentals, the conditions needed to provide even more interesting returns in the coming years.

The Chief Executive Officer’s...
Letter to the Shareholders