Breaking news of the first nine months of 2021 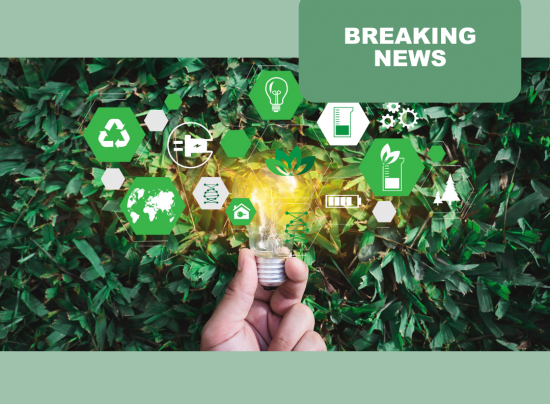 In this edition we will talk about:

The fashion industry has a considerable environmental and social impact, due also to individual behavior:  it is estimated that each individual buys an average of 20 kilos of clothes per year and throws 4 away at the end of every season, after having worn the garments only 7 or 8 times.

With a view to addressing this issue and giving both clothes and people a second life, the social cooperative La Fraternità launched the circular project AND (which stands for “A new Day, un giorno nuovo”). The goal of the project is to “raise people’s awareness, giving consumers a chance to play an active part in reducing the environmental impact of the fashion industry”, Francesca Tonelli, Chief executive of La Fraternità explains.

Consistent with IGD’s social and environmental commitment, the company became a partner of the project, launching a circular economy project which is sponsored by the Municipality of Bologna and the region of Emilia Romagna, together with AND Circular: on 18 October 2021 three smart bins were installed at three IGD shopping centers (Centro Borgo, Centro Lame and CentroNova) where people can drop off the clothing they don’t wear anymore.  The garments are then collected by the social cooperative “La Fraternità”, selected and sorted and, if the items can’t be reused, they are reworked by the inmates of Bologna’s Casa Circondariale  or sold by the cooperative directly.

In addition to the smart bins, as part of the project the first AND Store, an innovative concept which brings different social realities together, was opened.  The store, which was well received from the beginning with good sales, employs four people, including one at risk, and is the first store of this sort in an IGD shopping center.

IGD obtained “Biosafety Trust Certification” for its headquarters in Bologna and 7 Shopping Centers (Centrosarca, Puntadiferro, Katanè, Conè, ESP, Tiburtino, and Le Porte di Napoli) which validates the work done to foster health and safety, as well as prevent contagion from biological agents, in both the shopping centers and at IGD’s headquarters.

The certification was issued by RINA,  the accrediting body which developed the first framework for the certification of management models used to prevent and minimize the spread of infections in people caused by biological agents. IGD, once again, confirms its commitment to the wellbeing, health and safety of all its employees, as well as the shopping center visitors.

For more information you can read the press release at the following link. 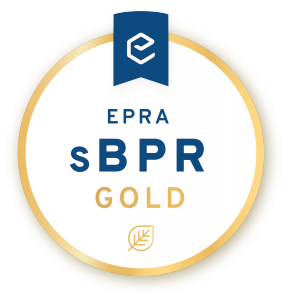 For the seventh year in a row, IGD received important recognition from the European Public Real Estate Association (EPRA), namely the EPRA sBPR Gold Award for its Corporate Sustainability Report. This prestigious award is given to the real estate companies that comply the most with EPRA’s Sustainability Best Practice Recommendations (sBPR) for sustainability reports. The EPRA Sustainability Awards 2021 were awarded after examining the corporate sustainability reports of 166 European real estate companies, members of EPRA, in order to  verify the level of compliance with  EPRA’s Best Practices Recommendations relative to consistency and transparency in the information provided.

For more information you can read the press release at the following link.

IGD was also ranked among the Top 40 “greenest” Italian listed companies in 2021 by Refinitiv, a financial data and infrastructure provider.  Refinitiv developed a ranking of Italian listed companies with the smallest carbon footprint which was published in the newspaper MF-Milano Finanza in August 2021. The methodology used takes into account factors like emissions, waste, biodiversity, environmental management systems, product innovation, green revenues and the use of resources.