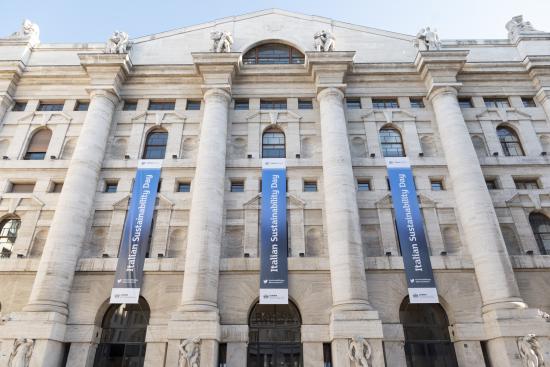 In an environment characterized by an extremely negative investor segment vis-vis the European real estate sector, above all retail, IGD’s stack traded at a strong discount with respect to its NNNAV per share of €10.78 at the end of June 2019. The gap with respect to the target consensus price of €8.08 expressed by the analysts covering the stock, which is still very wide, indicates that at current levels the stock has ample upside.

The performance of IGD’s stock as of the beginning of 2019 shows a first phase with a strong uptick during which the price reached its year high of €6.86 on 7 May (+27.5% against the price of €5.38 recorded year-end 2018). This rally took place during a period that was particularly favorable for equity investments, thanks to a change in the position of the Fed which hoped to prevent the USA-China trade war from triggering an economic recession. Through 7 May not only did IGD’s stock continue to rise, but it also outperformed the benchmark indices, supported by the good fundamentals reported in the 2018 Annual Report and the compelling prospects outlined in the Business Plan.

Subsequent to that date the stock’s tanked, in a context characterized once again by geopolitical tension and uncertainty about the outcome of the European elections that were to take place at the end of May. IGD rapidly fell to levels consistent with the performance of the European benchmark index, hitting a period low of €5.80 on 28 May, while the Italian stock market index bounced back to the highs recorded at the beginning of May, driven mainly by the statements made by the Fed and ECB which foresee a low interest rate environment.

IGD’s stock was also included, as of 18 March, in a series of STOXX indices which select stocks based on the the free float capitalization and the liquidity of the single stocks. The STOXX indices are used globally as a benchmark by a vast number of asset management companies: becoming part of these indices, therefore, results in higher trading volumes for the index stocks, something which can also benefit IGD. 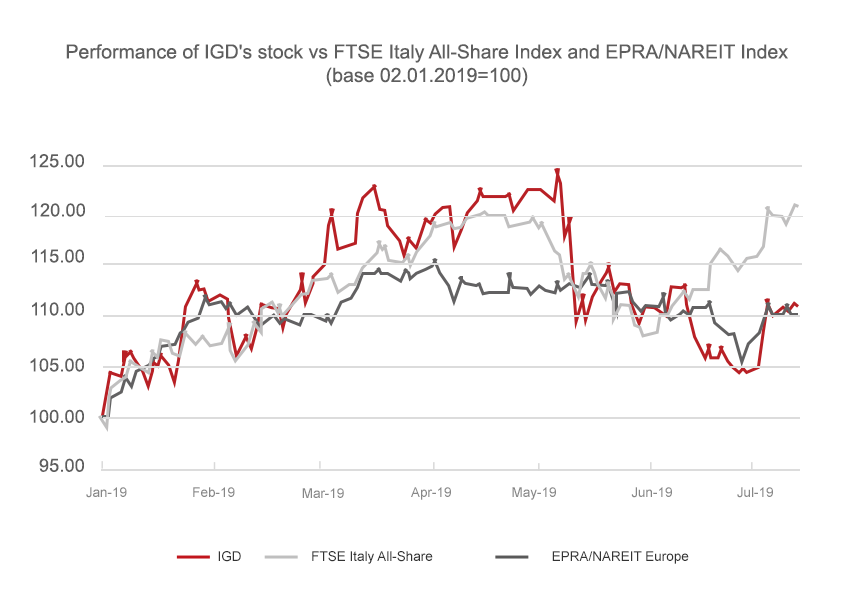 A number of elements affected the prices of European real estate stocks, and IGD, in the last few months. While the uncertainty surrounding Brexit had an impact across the board, retail real estate stocks were particularly affected by forecast pressure on rents due to the uncertain prospects for consumption, in a context already tested by the competition of eCommerce; beginning mid-June the German residential segment, which in the recent past had driven the sector index, was also penalized significantly by the government of Berlin’s decision to freeze apartment rents for the next five years: a decision which could also be made in other, particularly pricey, German cities.

The investor sentiment with respect to the real estate sector appears very negative even though the first half-year results published by important sector players and the confidence of the relative management teams in their ability to deliver on their business plans failed to provide elements for the sector’s penalizing rerating.

After 27 June, IGD’s stock recovered suported by the announcement of the binding agreements which will lead to a change in the composition of the asset portfolio, the prospect of good cash flow generation going forward and the compelling dividend payment. A company specific reaction which seems to indicate that in the coming weaks, once the half-year results season is over, the market might give a closer look at the fundamentals of individual companies.