Breaking news of the first nine months of 2020 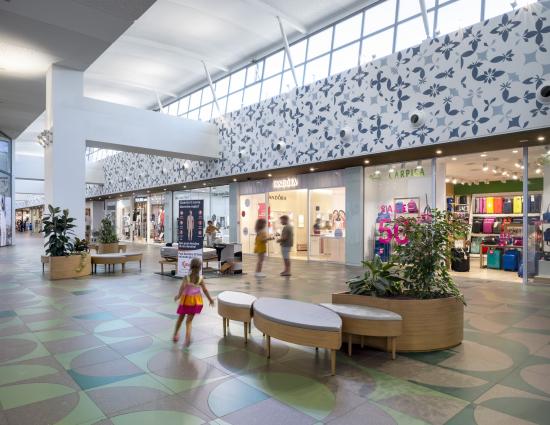 In this edition we will talk about:

IGD has a new Code of Conduct

IGD’s Board of Directors approved an updated and amended Code of Conduct. The Code has a new structure which makes it easier to use and understand. In this form, it becomes a truly active tool of social responsibility.

In 2006, when it was formed and listed on the stock exchange, IGD adopted a Code of Conduct. There have been a series of revisions over time – including the most important ones made in 2010- in order to reflect the changing business and regulatory environment.

It became necessary to incorporate new sources and points of reference by making in-depth structural changes to the document. The revision was shaped by the update of the parent company Coop Alleanza 3.0’s 2018 Code of Conduct, the ISO 37001 anti-bribery management certification obtained by IGD in 2020, the procedures dictated by the laws on privacy and whistleblowing. Three years ago, a new corporate welfare policy was also implemented. Of equal importance are the steps taken to obtain and maintain the Legality Rating. Last, but not least, in 2020 the Borsa Italiana updated the Corporate Governance Code for listed companies.

In March 2020, therefore, the Sustainability Committee, together with the Legal Affairs department, completed an analysis of Coop Alleanza 3.0’s Code of Conduct in order to better understand the changes made to the majority shareholder’s code. Subsequently, in July, the Sustainability Committee defined the areas to be worked on and in three months (namely in October) presented the new project to the operations division which revisited and validated it before submitting the plan to the Board of Directors for approval on 5 November.

The goal was to avoid overlapping procedures. The section dedicated to relationships with stakeholders was revisited and a new Map of Values was developed, introducing revised rules of conduct for IGD’s people and its stakeholders.

In the coming weeks IGD employees will be provided with training which will rekindle the memories of the Company’s basic values and make it possible to truly understand the Code of Conduct as a whole. A key shift: it is, in fact, through the behavior of people that corporate ethics take shape. 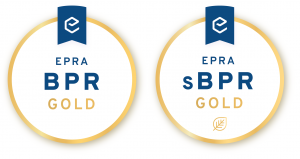 These prestigious prizes confirm the fact the IGD knew how to implement the recommendations defined by EPRA, the European association of real estate companies. These are not standards, however, which once complied with can be considered satisfied forever. More recently EPRA, for example, broadened the scope of the recommendations from the original focus on environmental performance and defined a new series of guidelines for all stakeholders based on variables that take into account both social performances and governance.

IGD’s commitment and willingness to compare itself with other European sector players is also confirmed by the renewal of Claudio Albertini’s appointment as a member of the EPRA’s Advisory Board for the next three years. IGD’s Chief Executive Officers is the only representative of the Italian real estate sector.

IGD will adhere to the Global Compact

IGD is ready to be one of the almost 16,000 organizations that have, up until now, signed the United Nations Global Compact, the world’s largest corporate sustainability initiative.

The Global Compact is a call to companies to align strategies and operations with universal principles on human rights, labor, the environment and anti-corruption, and take actions that advance societal goals.

Over time IGD, which undertook a structured sustainability path in 2011, has made the commitments needed to become the type of company that chooses to participate in the Global Compact. IGD’s Chief Executive Officer has, therefore, written and will send a letter approved by the Board of Directors to the secretary general of the United Nations in the next few weeks in order to inform him of the Company’s formal commitment to following the Ten Principles of the Global Compact, to work to support the Sustainable Development Goals, as well as report on the progress made in this regard every year.

Share
Letter to the stakeholders from the...
Breaking news of the first half 202...