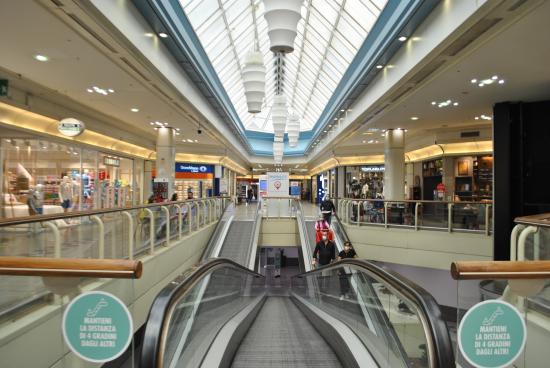 The 2020 results were significantly impacted by Covid-19; in 2021, assuming an effective implementation of the vaccination plan and a stabilized economic recovery beginning in the second half of 2021, IGD expects to see an increase in the FFO of around 3-4%.

2020 was a difficult year, affected by the pandemic and the impact of the containment measures adopted. The restrictions weighed on IGD’s performance and had a negative impact on results: Covid-19 had a direct impact of €18.5 million explained primarily by lower revenues linked to the one-off rent abatements, as well as higher provisions and credit losses, only partially offset by rents for leasehold properties that were lower than in 2019. These were accompanied by other collateral effects such as, for example, higher vacancies and condominium fees.

IGD managed, however, to post an operating performance that was better than the national sector average, testimony to the validity of its shopping center format. Thanks to the strong positioning in the relative catchment area, the location near urban centers and the presence of food anchors that never closed, during the period of re-openings, between May and October, the operating metrics of IGD’s centers recovered rapidly, reaching levels very close to the same period in 2019. Based on CNCC figures, footfalls in IGD’s were 29.5% lower than in the prior year, versus an Italian sector average of -34.2%. In 2020 the sales of the retailers in IGD’s malls fell by 27.6%, compared to an average drop of 29.9% versus the benchmark.

Financial Occupancy provided another comforting number. It was maintained at 94.3%, thanks also to the effective negotiations carried out with 707 of the retailers present in the Italian malls, shaped by a spirit of partnership and mutual sustainability. The rents in the 110 leases renewed in 2020 were basically unchanged (-0.38%).

Financial charges amounted to €36.2 million (vs. €36.8 million in 2019). The adjusted amount, namely net of the accounting impact of the last liability management transactions and the negative carry, was 4.7% lower than at 31 December 2019.

FFO fell 28.8% against year-end 2019 to €59.3 million: the result is consistent with the guidance provided last August which called for a decrease of between 25% and 28%.

Fair value adjustments and writedowns were negative for €146.0 million at year-end 2020, and negative for €72.8 million at the end of 2019. While not that significant in terms of the overall value of IGD’s portfolio, this writedown had a noticeable impact on the income statement and resulted in a net loss of €74.3 million compared to a net profit of €12.6 million in 2019.

In light of the loss recorded in the income statement, the mandatory SIIQ distribution of a dividend was waived. In light of the unforeseeable circumstances and with a view to safeguarding the Company’s financial sustainability, the Company will not pay a dividend for FY 2020.

In 2021 IGD expects to see an increase of 3-4% in the FFO. This guidance is based on the assumption that the economy will recover in the second half of the year due to an effective implementation of the vaccination program which will make it possible to avoid further restrictions on shopping center operations.

The restrictive measures in place f...
One-off impact of the spring lockdo...