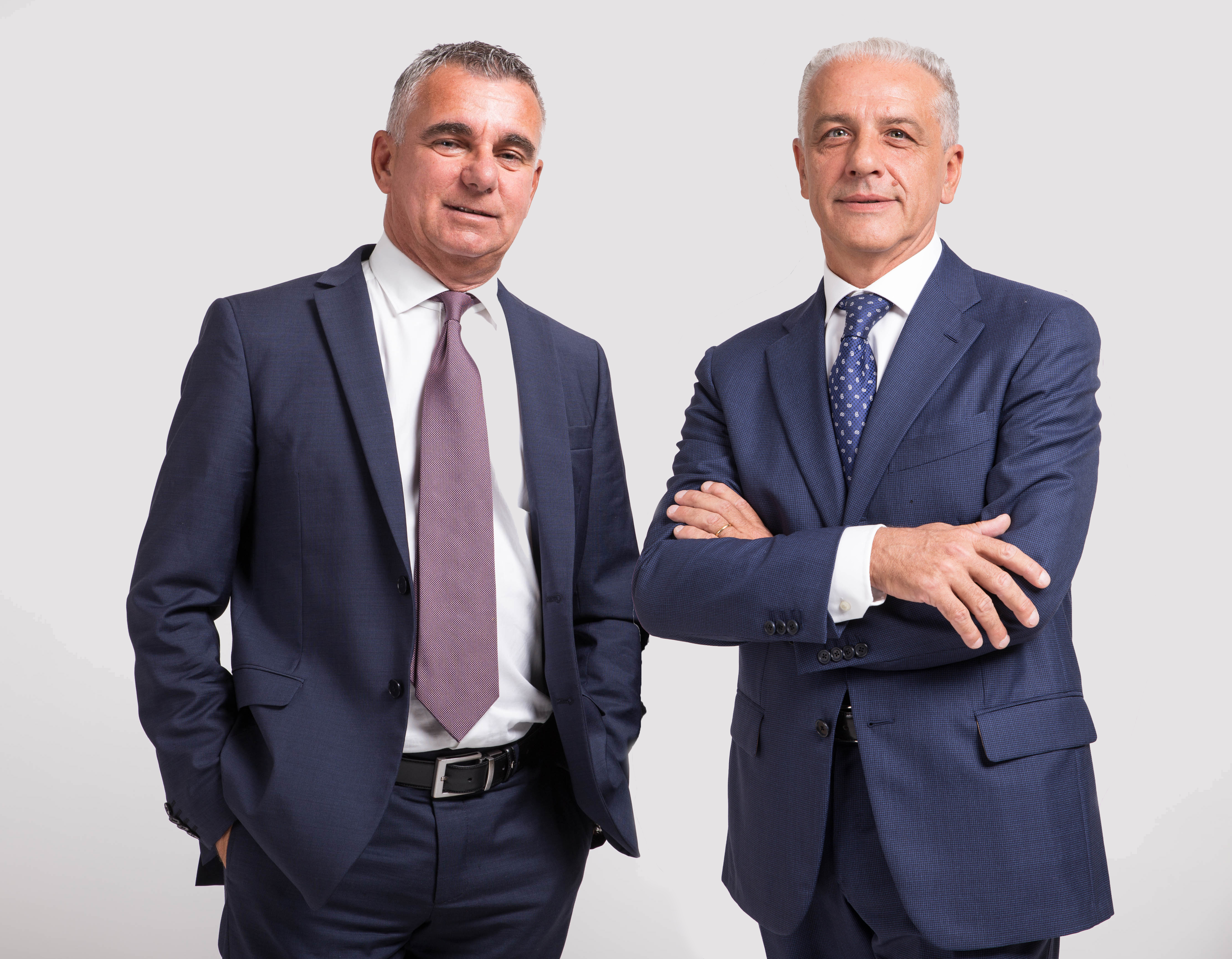 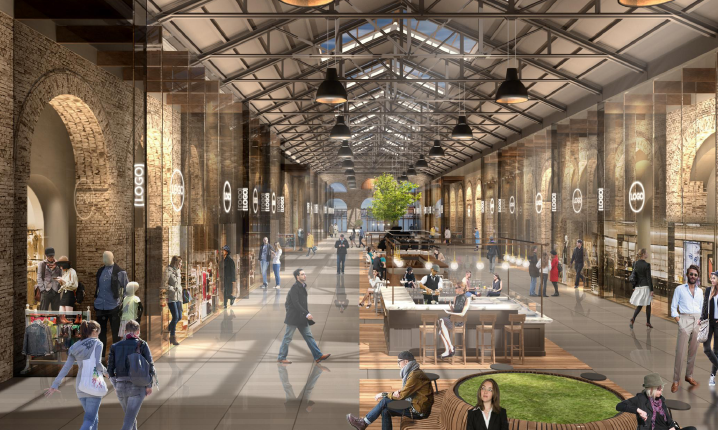 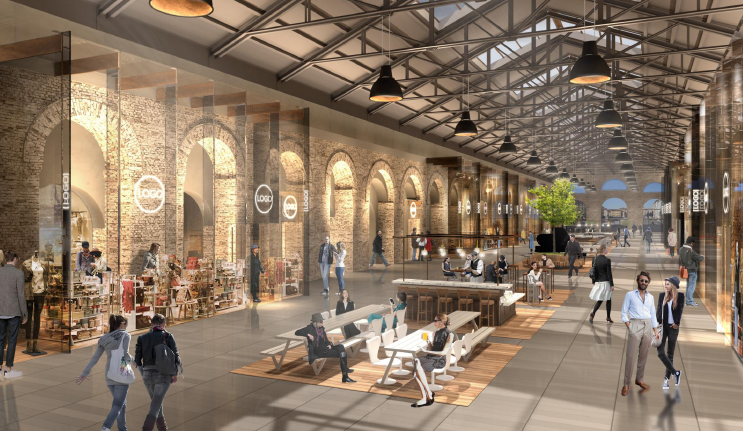 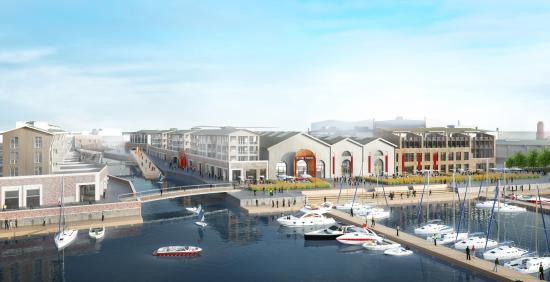 The work to complete the second section of the Porta a Mare project, Officine Storiche, has been moving full steam ahead since March 2019. In the second half of 2020 Livorno’s waterfront will witness the recovery and rethinking of the historic Orlando boatyards with a vast retail space: there will be a large multi-use area that will connect the city’s downtown with the sea and transform the old-style spaces based on a totally new concept with a unique design and a rich retail offering.

We spoke with Daniele Cabuli and Roberto Zoia, who have been involved in the development of the Porta a Mare project since its inception and are in charge of marketing, pre-letting and asset management.

The Officine Storiche project has taken shape over many years …

D.C. Exactly: we had to wait a long time before we could start work. This wait, however, allowed us to really understand the area’s identity and identify the role that would work best with the city’s needs. This is not a shopping center, but, rather, an extension of Livorno by the sea: an urban space with historical roots, reborn with a new direction. It’s an expression of the “spaces to be lived in” that IGD conceived to better express a space where the citizens and the tourists, who dock at Livorno’s port, can transit and meet people. A concept focused, therefore, on recreational activities and sports, surrounded by the classic retail offering.

What made it possible to move forward with the work on this prestigious portion of the Porta a Mare project?

R.Z. In December 2018 we received the building permits granted after the variant to the original project was approved by the authorities. We accelerated the work begun in 2016: as of last March we started working at full capacity with a view to inaugurating the new Officine Storiche in the second half of 2020. When we received the permits, we also hired the studio Paolo Lucchetta Retail Design of Venice to plan the architectural design of Officine Storiche and the studio One Works to complete a feasibility study of a change to the master plan and enhancements of the other three areas – Arsenale, Molo Mediceo and LIPS – with a view to future sales. The Porta a Mare project will be completely finished in 2022.

What numbers do we need to think of in order to imagine Officine Storiche?

R.Z. It’s an area of 20 thousand square meters, of which 15 thousand square meters of covered space. The total investment will reach €53 million. The project can be broken down into an entertainment area, a fitness center, 10 restaurants, 40 apartments and 500 parking places. All of this in one unique location, along the waterfront, just a short walk from Livorno’s historic old town. The Officine Storiche, a structure that is an indelible part of Livorno’s identity, are 200 meters long with a 17 meter front. The Superintendent of Archeologia Belle Arti e Paesaggio insisted that the original structure be maintained during the restructuring of the building. We, therefore, designed a covered, urban piazza that faces the waterfront with a unique dimension inside of which stores and other retail activities will be located. In choosing the materials for the wide spans, we wanted to maintain the feel of the Orlando boatyards in the Officine; we will also cover the arches with innovative plate glass which will provide light and depth to the retail spaces, as well as very effective heating features. That’s not all: there is a sophisticated climate control device which reuses water taken from the sea by a pump.

How will you approach the pre-letting of Officine Storiche?

D.C. We imagined a functional mix of different activities which would make it possible to experience the waterfront throughout the day. We, therefore, designed a 4,500 square meter gym on the first floor. There will also be street food vendors, along with friendly dining experiences catering more to dinner crowds. We are still finalizing the dock area which we would like to become a place to enjoy a drink while gazing at the sea.  We have various options for the spaces dedicated to recreational activities, from basketball courts to a skateboard park. We shouldn’t forget that Livorno is known for its excellence in basketball and it is the city with the greatest number of Olympic medal winners in Italian history. We will also include co-working spaces and areas where you can play cards, for example. Last May 8th our presentation at MAPIC Italy generated a lot of interest from operators, so we are proceeding at a good pace with the completion of pre-letting.

How does Officine Storiche’s retail offering compare to the rest of Livorno?

D.C. The city today has two shopping centers just outside the city: in addition to Parco Levante, there is Le Fonti del Corallo, which IGD began restyling and reformatting in 2018. In the historic old town there hasn’t been a significant quality retail offering for some time: the food market has continued to be the biggest aggregator. When all the sections are completed, Porta a Mare will, therefore, be the retail heart of Livorno and will provide the city with renewed appeal. Toward this end we wanted to enhance the visual impact of the exterior of Officine Storiche by using a post-industrial reconstruction that is very faithful to the original structure and aims high, consistent with the location’s prestige. We need to remember that not only will the Livornese have a new space to be lived in, but the city itself will become more appealing to tourists and the thousands of people that visit the city each time a cruise ship docks.

What can you tell us about the work being done on the other three sections?

R.Z. Our objective, firstly, is to complete the pre-letting and then sell the land. The scenarios for future development are different depending on the section. At the LIPS area we could build a 4-star business hotel or a residence with 50 mini-apartments – conceived with the crews of the cruise ships in mind – or, a third option, is a more modest hospitality structure which could include a student housing project. At the Arsenale we currently have planned to build one or more residences, while for Molo Mediceo we have a couple of options: with an operator interested in providing port services.

In the recent past you have shown that you know how to maintain a productive dialogue with the local administration which, however, has changed after the last municipal elections. Does this put your projects at risk, in any way?

R.Z. In IGD we are used to working with all types of administrations throughout Italy. Our goal, therefore, over the next few months is to begin a constructive dialogue with Livorno’s new administration about a project that is important to the city. The enhancement of the three sections interests us, because it is tied to the other areas in which we are working, and it also interests the public administration, as it works in the interest of the city. These are good premises for a dialogue that looks to the future and is productive immediately.

Thanks so much for sharing the heart of this project with us and for transmitting the enthusiasm with which you are managing it. Buon lavoro.

IGD launches a new, important insti...
Interview of the Chief Financial Of...