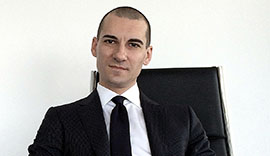 Carlo Barban, born in 1978, since April 2014 is Chief Executive Officer of Winmarkt group, the Romanian subsidiary of IGD Group which owns and manages 15 properties in 13 cities across the country. 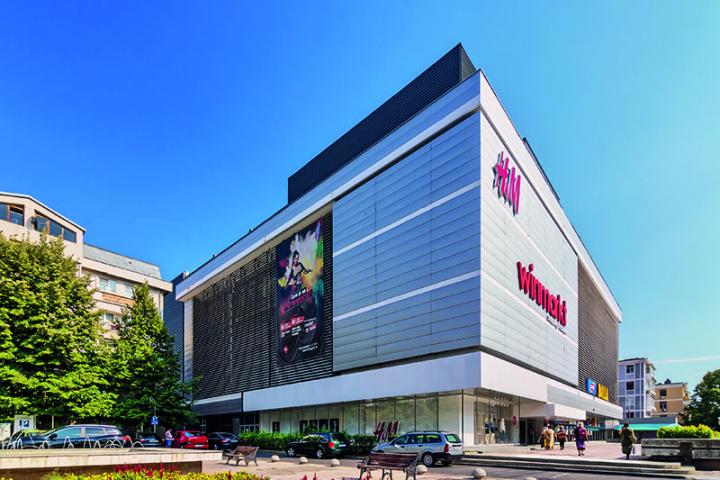 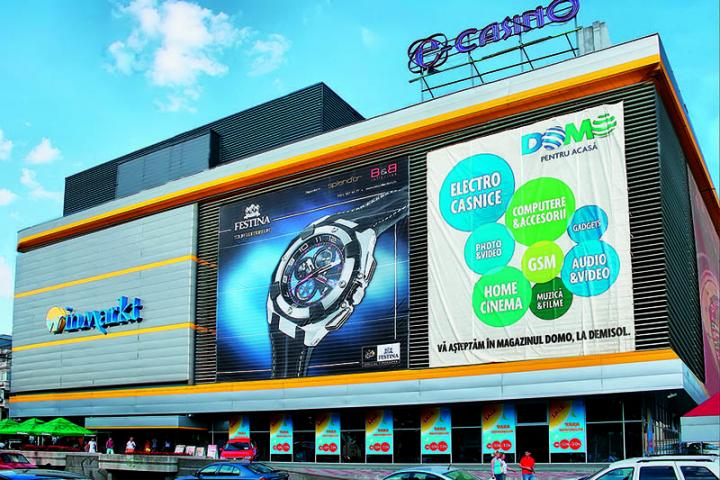 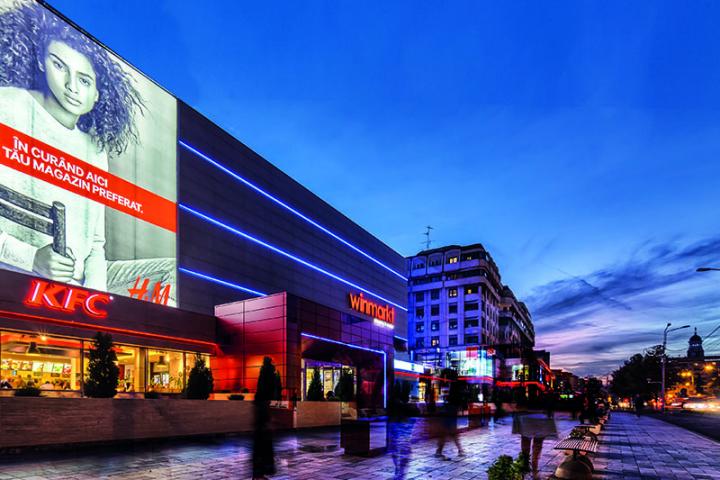 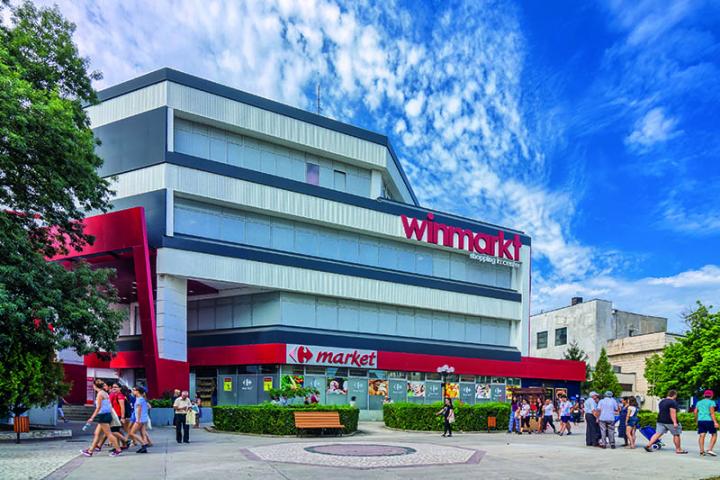 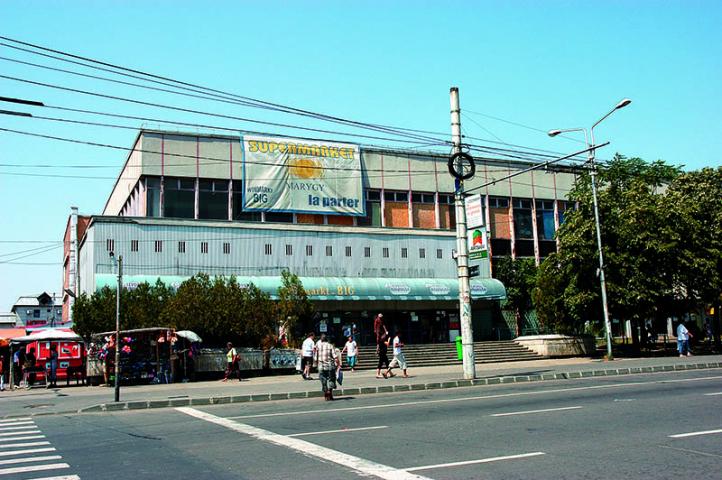 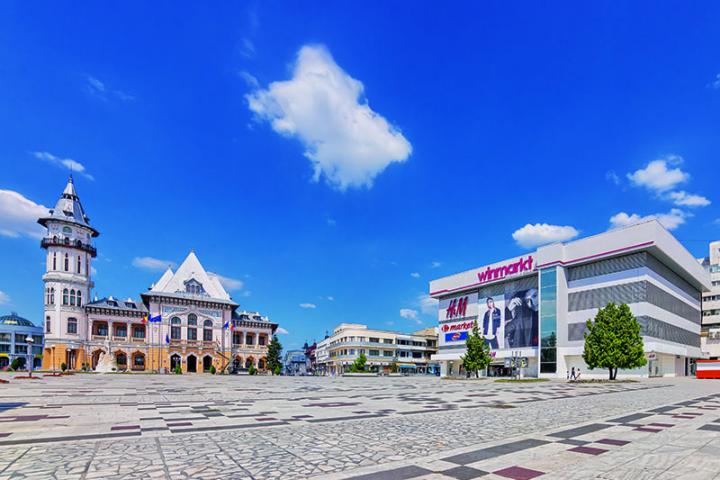 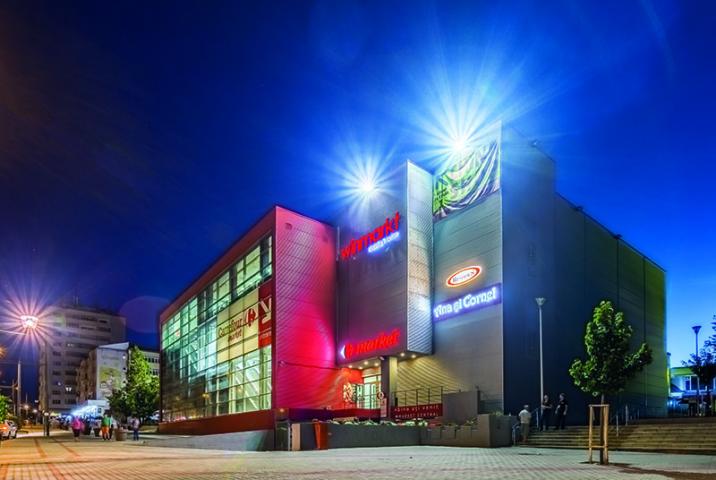 The new look of the Winmarkt centers in Romania 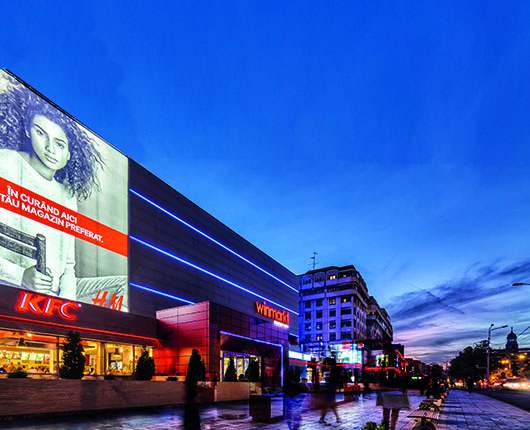 Mister Barban, what are the most important results that IGD achieved in Romania in 2016?

The overall performance indicators are comforting in many respects. We succeeded in increasing traffic in Winmarkt centers by 2.5%, with a monthly average of 2.6 million footfalls: a clear signal that our commercial offering was engaging. The occupancy rate, furthermore, of the leasable spaces reached the highest level in the history of IGD’s management: 96.1%. We signed 207 new leases with retailers and renewed 247, versus 189 exits and early terminations, with a total of 603 leases in place year-end 2016; this rapid rotation of tenants was accompanied by an average increase in rents of 1.1% compared to 2015.

Do these results reflect a precise strategy?

Through 2010 our strategy was to contain the pressure on rents as much as possible, while we worked to sustain the tenants with the best profile and rethink the merchandise mix. Over the years we gradually introduced commercial anchors, with Billa or Carrefour stores in all the Winmarkt shopping malls and in six centers we included a fashion anchor. Up until a few years ago occupancy was kept carefully under control, but it was not a priority at all costs: if during the years of crisis the focus is on finding tenants for all rentable space, when the market starts to show signs of a recovery you run the risk of blocking revenue growth. When we understood that the market was changing and showing the first signs of a recovery, beginning mid-2014 we decided to ride the wave: occupancy became our priority, above and beyond everything else.

In order to achieve these high occupancy rates, did you have compromise on price with the retailers?

Not necessarily. The inclusion of anchors, which occupy large areas with long-term leases (a minimum of 10 years), was viewed as beneficial to both parties. In many cases it was more a question of a shared investment needed to complete the new opening than of a simple discount on rents. We did, however, work on adjusting rents by using step-rent and turnover-rent mechanisms. The push from the market, which drove retailers’ sales in 2016, allowed us to close the year higher than the budget, thanks to the leases with international retailers which all have a variable component linked to sales.

The improvements in the 2016 occupancy were linked, therefore, to the past …

I think that IGD made a courageous, but wise, choice when the Company decided to invest €16 million over the past few years in order to carry out extensive restructuring of the properties and attract international tenants and, implicitly, prepare the portfolio for the new opportunities of a market in a decided phase of recovery. During the profound crisis in Romania, IGD succeeded in analyzing the market and understanding the potential returns on those investments, fully aware that it would be able to count on a network of relationships which would make it possible to introduce key international brands. Today all of our shopping centers look drastically different, both inside and out, with respect to eight years ago. The work done on the facades gave a fresher and more compelling look to the properties, which have vertical layouts: an investment which made the most of the central and highly visible location of the Winmarkt centers and made it possible for us to attract premiere brands. Thanks to the flexibility of the interior spaces, we were also able to completely update the merchandise mix.

What was the biggest investment made in 2016?

In 2016 IGD invested around €2.5 million in Romania. About half of this budget was invested in accommodating the new H&M store in Ploiesti, where our biggest center is located and comprised of two properties that were joined by building a covered pedestrian bridge. Important investments were made in this center, not only on the exteriors, but the structure was also completely remodeled. Ploiesti is the city where the competition was the toughest: over the last few years two new last generation shopping centers were, in fact, opened. In order to offset the competition, we focused on a solution that went beyond the inclusion of typical anchors, as was done in the other Winmarkt centers. In this instance – where we could already count on the presence of Carrefour – we revolutionized downtown Ploiesti by including H&M as a fashion anchor.

How was this idea born?

We were inspired by the format of the street shop, entirely in glass, that H&M recently opened in Bucharest. We felt the spirt was the most suitable for the historic downtowns of Romanian cities. The space for the new international retailer was, therefore, placed at one end of the large oval atrium that dominates the Ploiesti center. The space spreads out over the first floor, as well, and covers a total of 1,850 m2. The result was the creation of the largest H&M store in Romania and the third largest store in Ploiesti which has about 210,000 inhabitants with a catchment area of more than 270,000 people.

What changed after the opening of the new fashion anchor in Ploiesti?

The experiment was a success: from the inauguration, which took place in November 2016, we witnessed an increase in daily footfalls at the shopping center. The increase of 16% recorded in December, even if we exclude the novelty effect and the favorable Christmas environment, is an important figure.

What was the remainder of the 2016 budget for investments used for?

The remaining €2.5 million was invested in extraordinary maintenance which, in reality, is cyclical as the purpose was to make sure the properties comply with new safety regulations. More in detail, this cycle of investments was focused on fire prevention and safety. In 2016 we completed these works in part of the Romanian properties. The fire safety regulations will gradually be complied with in the remainder of the centers and the work is expected to be completed by 2018.

What are Winmarkt’s priorities for the future?

The fact that we achieved an occupancy rate of 96% does not mean our work is done. We still have a few spaces to lease on upper floors. In some centers we have occupied these spaces with leisure time activities, based on formats that we developed ourselves. While the top floor in Romania does not have the commercial appeal of a penthouse in a Western European city, we will focus on services. In Galati, for example, we placed a call center; in Ploiesti we rented to the local judicial administration. More in general, and not only in order to boost the occupancy rate, we will seek to further increase the range of services offered to customers by, for example, opening clinics, introducing new anchors in the housewares sector and dedicated to items for children. This will create new traffic and cause shoppers to stay longer in our shopping centers which, given their central location, are typically approached with a “shop-and-go” philosophy.

What resources will the new objectives need?

The future projects will not be as economically demanding as in the past. This does not mean, however, that we don’t have ambitious projects in the works: we are, in fact, changing our target customer. Up until three years ago the commercial offering in the Winmarkt centers was focused on satisfying the needs of local middle-aged and older customers, but today the horizon is much broader and includes much younger visitors. In terms of marketing tools, we are developing the use of social media, like Facebook, which allows us to use digital advertising basically at no cost. As for the commercial part, we are working on fine tuning the merchandise mix by substituting less performing local retailers with international brands that appeal more to the younger shopper. Changes which will also help to increase the stability and visibility of our revenue.

Message from the newly appointed Ch...