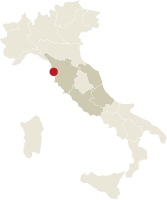 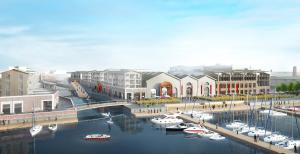 We spoke with Daniele Cabuli and Roberto Zoia, who have been involved in the development of the Porta a Mare project since its inception and are in charge of marketing, pre-letting and asset management.

DETAILS OF THE PROJECT

Found in the old port of Livorno and close to the city center, the project consists of the redevelopment of the closed areas of the Orlando shipyards and of the construction, by another entity, of a tourist port that will host 600 berths. The redevelopment of the areas on the ground involves the construction of a new district that covers approximately 100,000 square meters, divided into 4 sub-areas: Officine Storiche, Lips, Molo Mediceo and Arsenale. The intended uses are a varied mix of residences, offices, commercial activities, tourist accommodation and services, and their location is functional both for the integration with the nearby historic central districts of the city and for the presence of the tourist port. The area is connected to the nearby center by public transport and has underground parking and parking on pylons. Furthermore, the construction of important urban and infrastructural works will complete the area with cycle and pedestrian paths.

The new urban spaces on the water, returned to the city, become a unique distinctive element in Livorno, just think that 25% of the area consists of open public spaces, all overlooking the water and developed on a new seafront. The reuse of the soil allows a sustainable densification of the center and not a dispersive expansion of the city, involving social and economic as well as energy and eco-sustainable aspects.

The center of the entire project is represented by Officine Storiche, whose name derives from the presence of the old naval pools, intended to be restored and converted into covered public spaces which overlook new commercial and entertainment activities. The recovery of the historic shipyards will give the consumer an experience that starts from the past and that projects the structure into the most current European realities. The envelopes of the buildings and the related systems are designed to have the maximum containment of heat losses and minimum energy consumption. All buildings are also designed in A class and integrated with photovoltaic energy production systems. The fluids for air conditioning are obtained by exploiting a thermo-refrigerating plant that exchanges in sea water and exploits thermal inertia, significantly reducing the need for electricity.

The area will be characterized by a wide food offer, declined in all variants, which will benefit from large dehors positioned on the docks overlooking the marina, an offer of fitness and wellness spaces thanks to over 4,500 square meters of swimming pools, gym and spa overlooking on the sea; innovative entertainment offer that covers the different target groups, playground areas along the external routes and, thanks to a collaboration with the territory, placement of sports associations and nautical centers that can use the structure as a reference point for the city. The project is in an advanced stage of construction.